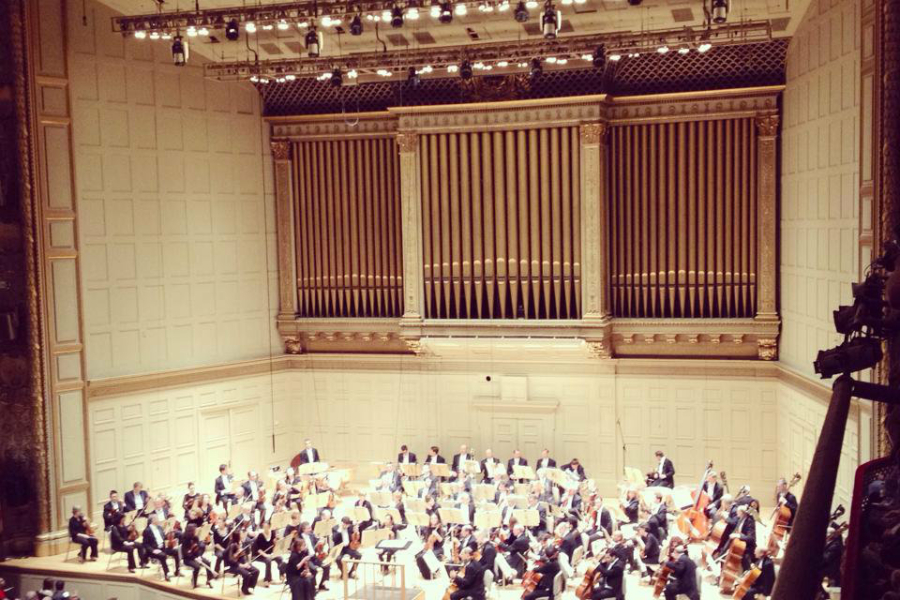 World-renowned orchestra needs you last minute, are you ready?

I could not believe my ears when Mike Roylance (principal tuba of the Boston Symphony) told me that he had a stomach flu and that I should go downtown to rehearse Carl Nielsen’s 4th Symphony with the BSO.

Yes, the Boston Symphony Orchestra! This rehearsal would start in three hours, and the orchestra had already rehearsed this piece the day before.

I know for certain that those who study with orchestral musicians daydream to become one. They also tend to imagine the idea of getting to sit next to their musical icons and perform. Sometimes, the hope of getting to sit as substitutes for those teachers can also become a reality.

As an enthusiastic dreamer myself, I feel reasonably confident to reflect on this.

When working diligently towards reaching our dreams, it is normal to have performing aspirations. In fact, that is a very common cause and effect relationship while hoping for the best in our careers. However, there is often nothing we can do to make these dreams happen. Well, nothing other than practicing our instruments to continue with our personal and artistic growth.

With this idea in mind, it is important to focus on constructive thoughts and intentional actions rather than just life circumstances and wishes.

*what are my strengths?

*what are my weaknesses?

*could I do something to improve this technical aspect of my playing?

* what can I do to improve that passage?

*Stravinsky’s Rite of Spring is approaching for the “A” Orchestra, I am going to learn the parts in case they need a sub!

*Alpine Symphony by Richard Strauss comes up in two weeks for “Z” Orchestra, I better learn the parts in case they require me as an extra.

*why am I not being called as a sub?

*why is that person called as a sub and not me?

*Stravinsky’s Rite of Spring is approaching for the “A” Orchestra, I hope they will contact me.

*Alpine Symphony by Richard Strauss comes up in two weeks for “Z” Orchestra, I wish I am asked to play with them.

Back in the summer of 2011, Roylance told me something really interesting about Dennis Nulty (principal tuba of the Detroit Symphony and a former student of his). Nulty knew that as a student in Boston, a performance opportunity would probably come his way at some point. For that reason, he weekly prepared all the repertoire the Boston Symphony Orchestra was going to perform. This intentional action of preparation helped him greatly. In his debut with the BSO, after a last minute call, he performed Bruckner 9th with ease. It turned out that Mike’s wife had just had a baby.

I was at home in Boston studying for a theory exam that I had the day after. I had not practiced the instrument since October 11th — that is 3 days with the 3 nights or 72 long hours with their never-ending 4320 minutes without practicing! — and had not prepared the Boston Symphony repertoire for the week — à la manière de Nulty.

REFUSING ONE OF THE GREATEST OPPORTUNITIES IN MY CAREER

You can believe me when I say that my answer was NO. I did not think there was any way to play with the Boston Symphony Orchestra. One of my dreams almost became true.

That is the exact sort of daydream I referred to at the beginning. A lifelong dream.

As much as I had imagined of performing with the BSO in the near future, I had just refused the greatest opportunity I had been offered since I moved to Boston.

In fact, I had refused one of the greatest opportunities in my career. The reason for this was that I was not trusting in my abilities after a few days off.

Luckily, neither a few days without practicing are a disaster nor always being 100% ready is viable due to life circumstances. At least my circumstances and those of many of my acquaintances and friends.

Roylance was kind enough to be persistent with his offer. He reminded me that a short amount of time off when someone is diligently putting quality hours with the instruments can bring benefits to our playing. He emphasized the idea that I had to believe in my skills. Also, that he knew for certain that everything was going to be alright. Without my knowing, he was trusting my abilities while hoping I would do the same.

After a few minutes on the phone, I ended up accepting the opportunity.

PERFORMING WITH THE BOSTON SYMPHONY

Honestly, my playing in that first rehearsal was not as incredible as someone who plays with a group for the first time would have wanted.

With the uncertainty of the situation, as I did not know if I was going to play with the orchestra again, so I went back home, grabbed a quick lunch, and spent the rest of the afternoon at the University working on Nielsen’s 4th Symphony. Would you believe me if I tell you that I almost learned it from memory?

Unexpectedly, since Mike was still not feeling well, I was asked to go back to the Symphony Hall for a rehearsal the morning after. That service was the dress rehearsal for that afternoon’s first of the four concerts of that program. After the dress rehearsal, the staff told me to be ready in case I had to play the concert. I remained attentive just in case and the phone rang again to tell me that I had to play the concert.

The encouragement from Mike and the friendly BSO staff and musicians — who I had admired and respected for years — helped me to perform the rest of the concerts as well.

After the first concert, the Boston Classical Review stated: “… and the solid, bottom-heavy brasses answered with stentorian power when called upon”.

In fact, those concerts had great media impact due to the debut of guest conductor Thierry Fischer. He was subbing for Rafael Frühbeck de Burgos:

The Boston Musical Intelligencer: “Thierry Fischer to Debut with BSO”.

Boston Globe: “… BSO played with a precision and commitment that made you wish it tackled more Nielsen”.

The Arts Fuse: ”As they [BSO] often do in repertoire that doesn’t turn up too frequently, the orchestra responded to the music with heightened sensitivity and attention to detail”.

Several important thoughts should be extracted with this reflection that brought us to a story.

Since we cannot control when invitations for employment will occur, as it happens with the announcement of awaited auditions, we have to remain focused on our constructive, intentional actions and thoughts versus our life circumstances, wishes or expectations.

For our sanity, it is also important to learn that we have to be kind to ourselves and start trusting our abilities.

Last but not least, another message can be propelled, the importance of never losing the faith while remaining on track for a brighter future.

Please, go to the Curiosity Corner section for more!

4 thoughts on “World-renowned orchestra needs you last minute, are you ready?”